Representatives of member companies of the German Association of Amusement Machinery & Accessory Manufacturers (VDV) met in the Bay of Lübeck on the 4th and 5th of May. With the best of early summer weather, Timmendorfer Strand and the Hansa Park in Sierksdorf proved to be an excellent location for the annual general meeting.

The supporting program for the association meeting began on the afternoon of May 4th with an interesting behind-the-scenes tour of Hansa Park providing interesting background information about the park’s history, operational management, and technology. During an evening Western-style barbecue in Bonanza City, attendees were given the opportunity to network and get in the mood for the next day's annual general meeting.

The program continued on Saturday morning with the general meeting in the “Holstein” meeting room. A total of 34 people from the 30 current member companies and four out of five honorary members accepted the invitation and reviewed the work of the past year. The activity report presented by the 1st Chairman Wieland Schwarzkopf informed the members about board activities, meetings, and web conferences, as well as Board of Directors’ participation in an EAASI (European Association of Amusement Suppliers) meeting in Italy and at the DIN Standards Committee.

The Deputy Chairman of the VDV, Dr. Michael Smida, reported to the assembly on current events in the matter of European standards in the construction of amusement facilities. The work of the standardization committees and bodies will continue to be monitored and expertly supervised. (vdv) 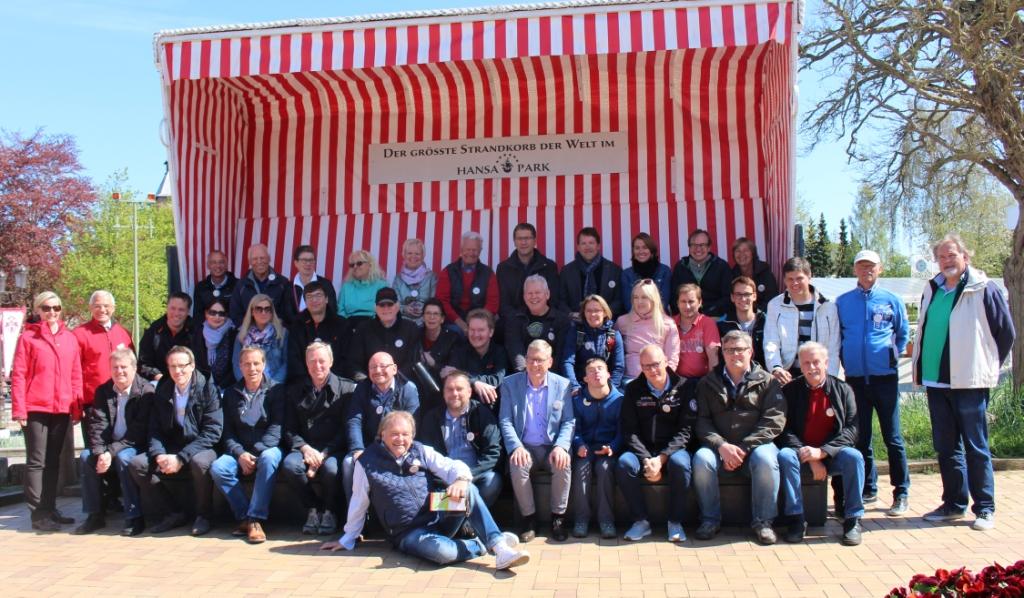